Photo by David Clode on Unsplash

Birdwatching is a popular and very satisfying past time for people on a break here in Kingston SE. There is a great diversity of land and water based birds to appreciate in our neck of the woods.

Kingston SE and the Limestone Coast has many conservation parks, bushwalking trails, bike trails, four-wheel driving tracks and coastal tracks. While exploring on your own or with the family, you’ll see many inland and coastal bird species. We’ve compiled a list of birds to look out for while discovering the region.

The following images are from Birdlife Australia and you can find more information about a variety of birds on their website their behaviours and habitats.

The Superb Fairy-Wren (or the Blue Wren) is commonly found throughout the South-eastern parts of South Australia, the male species of this delightful and delicate little bird has a velvety blue and black plumage. It’s often found with brown wrens which can be females or males that haven’t yet grown into their breeding colours. They like dense cover and low scrublands. 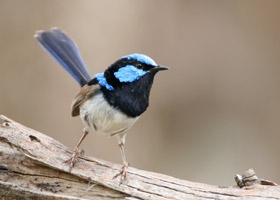 The bill and tails of this fine little bird are a flame of colour, hence the name. This lovely little finch lives in swampy grass areas and never far from coastal waters. 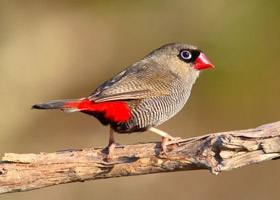 The Southern Emu-wren is a tiny little bird and may reach only 19 centimetres long. It’s commonly found in dense scrublands and known to be one of the smallest birds in the country. 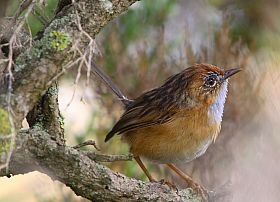 You’ll see many Crimson Rosellas in Kingston. Even through their colours vary, the most common which you’ll see has red plumage and bright blue cheeks. You’ll find them in tall eucalypts nearer to water. 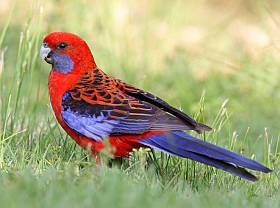 This bold-coloured bird has red, yellow, blue, green and black plumage. But even with these bright colours, the patterns create a camouflage that fly under the radar of potential predators. You’ll find these birds in open woodlands. 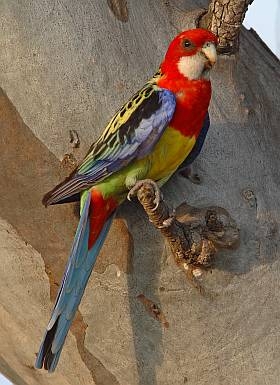 We also call it the green grass parrot here and you’ll find these around the caravan park, in open grasslands and nearer to swamplands with access to water. These parrots mate for life and you’ll often see them feeding in pairs together with Rosellas and Galahs. 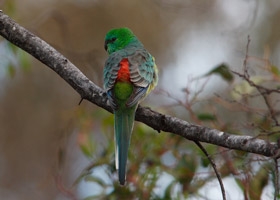 The Red Wattlebird is one of the larger honeyeaters we have in Australia. Their name refers to the fleshy red wattle on the side of their neck. You’ll find them in woodlands throughout Kingston. 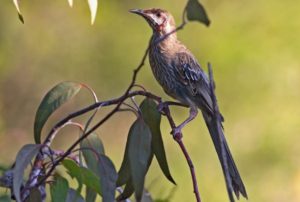 The Hooded Plover likes to spend time along Kingston’s beaches and they forage for tiny invertebrates from the seaweed the ocean has washed up along the water’s edge. They are considered a vulnerable species and the local council will close sections of the beach during the year to allow them to flourish. 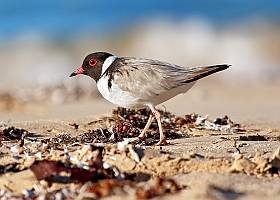 This active little egret is constantly foraging for fish and other aquatic animals for food. You’ll find them throughout saltwater and freshwater wetlands. 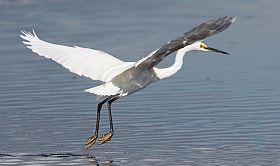 The Grebe is usually found away from the coast in large open water spaces. When predators approach, Grebes will unite and deep dive together in one movement. Or they may also fly away together staying just on top of the water. 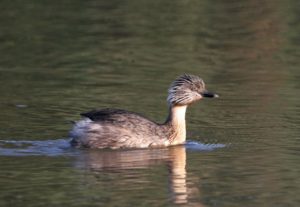 These resilient and adaptable birds are the most common herons in Australia. They’re found in many different wetlands – saltmarsh, swamps, rivers, dams, estuaries, and along the coast. 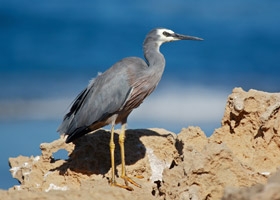 You’ll see many sandpipers along the coast of Kingston. They are migratory birds which travel thousands of kilometres every year between contents. The Common Sandpiper likes both salt and fresh water. 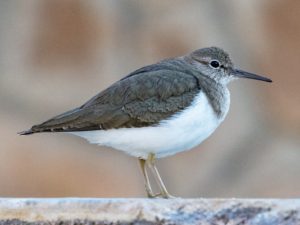 The Malleefowl is a larger ground dwelling bord which doesn’t create nests like other birds. Instead it creates a mound with sand, sticks and leaf litter. You’ll find them in eucalypt woodlands and scrublands. They are a vulnerable species and conservation efforts are in place to protect the population. 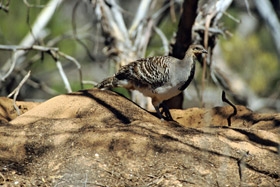 Widely known for its distinct bell-like call, it’s a sound we’ve come to associate with Australian forests. They are found in shrublands and eucalypt woodlands. We’ve listed them as less common because it’s easier to hear them than see them! 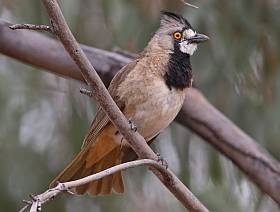 If you’re boating or fishing near Margaret Block Reef, Look out for Gannets and Albatross’s on the lighthouse platform.

If you’re lucky, you might see an endangered species

The wild population of the orange bellied parrot, dropped to only 17 a few years ago with more in captivity. You may spot one of these rare birds about to embark on a journey to Tasmania across the Bass Strait.

There is an estimated 1500 South-eastern Red-tailed Black-Cockatoos now left and they are only found in south-east South Australia and south-west Victoria. You’ll hear them before you see them and they’ll provide quite a spectacle!

Book Kingston Foreshore Caravan Park for your next bird-watching adventure!

If you love birdwatching, many species are just a short stroll from our caravan park! We are open and taking all holiday bookings. Book into a one or two bedroom cabin, powered or unpowered sites. Contact us to make a booking.